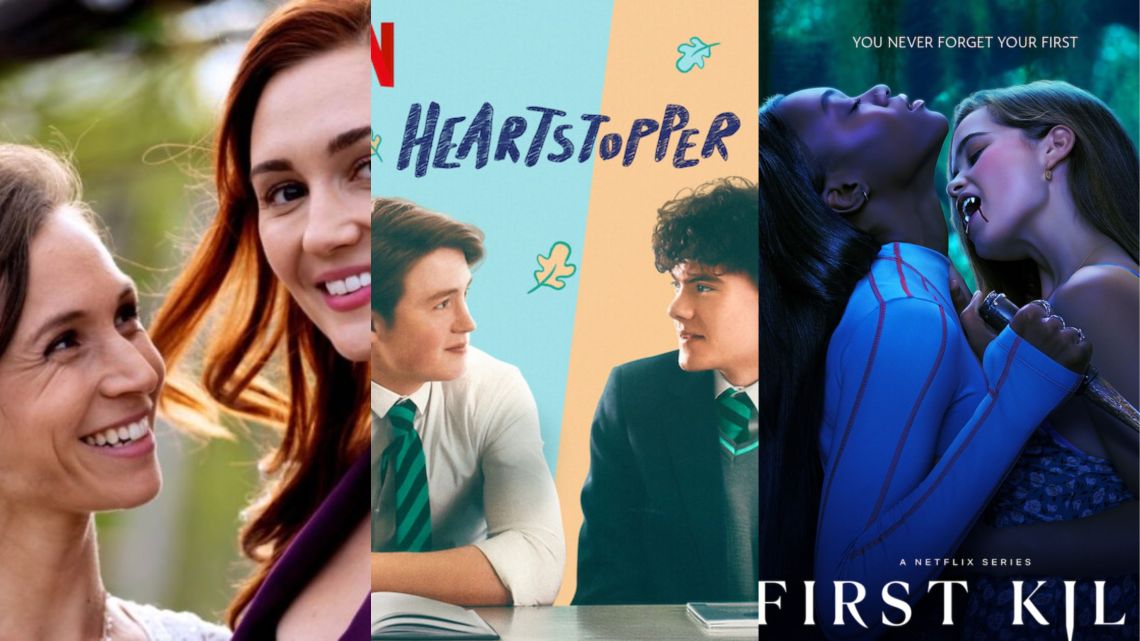 A lot of LGBTQ shows on Netflix in the recent years is streaming. The series may not primarily focuses on the LGBTQ genre, but they maturely represent the characters with a lot of respect and love.

As of 2022, the representation of LGBTQ+ community has never been better. Not only just Netflix, other streaming platforms are also adding up LGBTQ stories on their original series and movies.

The streaming service has been lauded for its inclusion of queer characters and storylines in a variety of genres.

Here are some of the most prominent LGBTQ+ shows on Netflix that are best to stream right now.

The British LGBTQ+ drama series streaming on Netflix is a lovely piece of work to watch. The show has been loved by the audience massively. It has surprisingly got 100% in Rotten Tomatoes and 8.7 in IMDB.

It is a wholesome and a heart-warming teen romantic show, inspired by a web comic and graphic novel series of the same name. It is lovely to see the teen innocence and chemistry between Charlie and Nick.

As a viewer, you are completely in awe of the story. However; the story is predictable, but it has this warm and heartfelt gesture about friendship, boundaries, love and understanding.

There are no obscene scenes, no violence, no improper representation of LGBTQ+ community. Luckily, Netflix is going to release another season because of its popularity worldwide.

The long seven season series is about two older women and their failed relationship with their husbands when they divorced them.

The series has been lauded by the audience for the performances of Jane Fonda and Lily Tomlin. It has emerged as a prominent LGBTQ+ series. It is indeed one of the longest running Netflix original production.

The Spanish Netflix drama is not created specifically for the LGBTQ+ community, but it features two strong gar characters. The series explores the challenges of different religious and socio-economic backgrounds. Not only that, it also explores love and drug issues among the high society teens and their crumble relationship with their families.

Netflix Spanish drama series ‘Elite’ although has side plots, dealing with topics like class inequality, gay acceptance issue in the conservative family.

There is a lot going on in the series where each character has their story and representation of socio-cultural issues.

With an IMDB rating of 8.3, Netflix’s ‘Atypical’ is a heartfelt comedy and a brilliant TV show much attention given to the protagonist Sam, an autistic boy who is learning to get accustomed to the world. There are many pieces of story and characters that surround Sam. One such story is the coming-out of his elder sister, Casey.

The character development has been beautiful every season. Some episodes are incredibly touching. The show certainly deals with how people and parents with autism react and deal with the real-world problems.

Also, much has been told about same-sex relationship, marital issues, trust issues, acceptance issues and parenting.

‘Feel Good’ is a quite bingeable drama series about the Canadian comedian Mae Martin’s own experience. The series talks about the protagonist’s struggle with addiction and when she is moving on with her life, she fell into a serious relationship with a woman.

It is a beautiful, realistic story that should be considered as one of the best LGBTQ shows on Netflix.

First Kill is a young adult lesbian vampire series that tells the story of a teenage vampire, Juliet, who is to make her ‘first kill’ so that she can take the rightful place in her family. But she fell in love with Calliope, a girl in the town who turned out to belong to a monster hunter family.

Although it hasn’t got that much love from the audience but I loved the series and enjoyed.

I wish they could have shown the more romantic side of the two teenage girl.

The Haunting of Bly Manor

I won’t lie. When I watched the Netflix series ‘The Haunting of Bly Manor’ I was immersed completely in the story. Gradually I came to understand that the series is more of a love story than a ghost story. It explores a sense of loss and pain of the one whom you love.

It is indeed one of my favourite show of all time. Right from the inception of the show, it is clearly visible that Jamie the gardener is gay.

But it turned out Dani needed an emotional support, love and empathy, which she got from Jamie and pretty soon their friendship turned into a heart-warming lovely relationship.

When Jamie calls her ‘Poppins’ Dani’s heart flutters every time and blushes with a smile.

Definitely, one of the best LGBTQ shows on Netflix right now to watch.

I am not okay with this

I love series or movies where female characters have superpowers. Just like Stranger Things’s Eleven, Sidney possesses some superpowers that get vulnerable with powerful emotions.

Her superpower resembles Stephen King’s Carrie and the very beloved Eleven from Stranger Things. But Sidney’s queerness makes the show feel different, modern and unique. Her lesbian identity that she found out about herself makes her happy and gives her happy thoughts.

The show is worth watching for all the weirdness and superpower stuff.

Orange is the New Black

Orange Is the New Black is a Netflix television series that began in 2013. The series focuses on the lives of inmates in a fictional women’s prison. The series gives visibility to many minority women.

LGBT representation has changed a great deal over the past few decades.

An understanding of how representation has changed over time is important for placing Orange Is the New Black into a historical context.

Further, the changes in representation over time explain how a television series such as Orange Is the New Black can have a diverse cast of LGBT characters.

The content of the show is incredible and represents the LGBTQ+ community with immense maturity.

The series has received many accolades and nominations.

The show has show diverse characters. They have shown a gay agenda too. However, not much has been focused on that area, but the creators have touched the subject superficially.

People have loved watching Sex Education. The show is much more than it’s title suggests. The story goes around Otis, the repressed son of a sex therapist, teams up with Maeve and running their sex therapy side business at school.

Soon their business relationship turn sour when they fell for each other and something messed up happened.

There is another story which is quite prominently shown in the series is about Otis’ best friend Eric. We saw him a coping with his sexuality and gender expression while his emotion grapples with the bully of the school Adam who is having difficulty in accepting himself as the way he is in public.

Every aspect of sexuality has been shown in the show with great maturity, subtlety and sensibly. It is indeed one of the best LGBTQ shows on Netflix that you can stream.

I finished watching ‘Gypsy’ just a few days ago and with all the psychological thriller mixed with lesbian steamy relationship between the character Jean and Sidney is worth watching. The plot is quite exciting. Although towards the end of the season, it felt confusing.

The show follows Jean (Watts), a cognitive-behavioral therapist who creates an alter ego, Diane, so she can go “undercover,” with her patients’ friends and family. At times she can be manipulative and tame her patient’s need as per her own need.

While doing so, she becomes entangled with is Sidney, her patient Sam’s ex-girlfriend. Soon, both got involved in a steamy romantic relationship where Jean was seen playing with Sidey’s emotion. She is dangling Sidney’s love interest one time and then again wants her to keep close to fulfill her own sexual fantasy.

Wynonna Earp is a show about the descendant of famed Wild West lawman Wyatt Earp, who has a magical gun and is tasked with using it to rid the world of evil.

She has a little sister, Waverly, who falls for Nicole Haught, a local lesbian cop.

The two quickly became a fan-favorite, not just for the chemistry of the two, but for the way their relationship on the show is both fun, and directly filmed through a lesbian gaze.

The show is among the many that has portrayed female gaze incredibly and slowly took forward a beautiful lesbian relationship into something more concrete that the audience loved to see.

Teenage Bounty Hunter holds a special place among the queer fan. It is a sweet and rusty teen vigilante show where two sisters secretly love their profession of bounty hunting. Their fancy religious high school is a different place and teaches conservative thoughts to their student.

But Sterling happen to break the rule when she fell for her fifth-grade friend April. They secretly adore their love relationship, but April is seen as more reluctant to take forward the love she has for Sterling.

Can they survive the forbidden love? Unfortunately, we can never know that as Netflix has decided to cancel the next season.

So, these are some of the LGBTQ shows on Netflix that I feel are the best to watch. 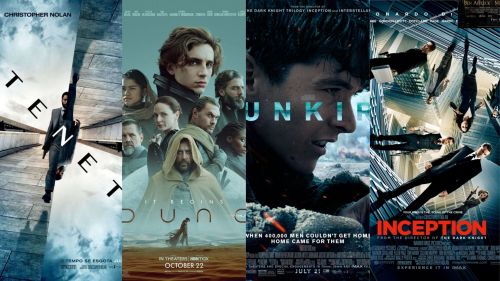 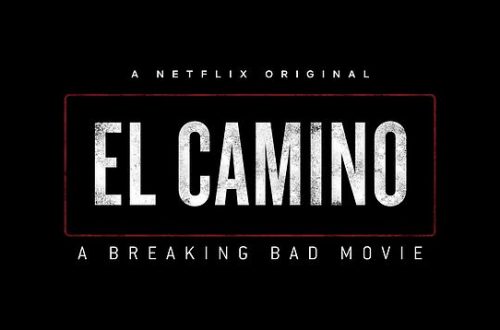