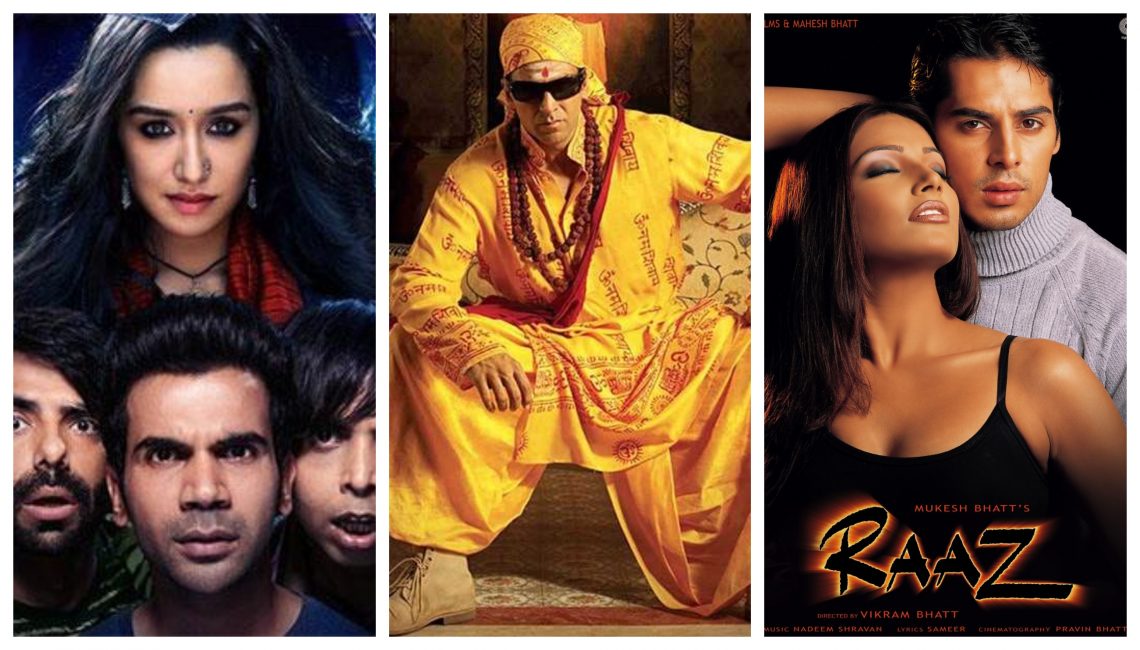 Now, while reading the title of my blog post, you might think why would anyone watch horror movies on Halloween, especially as Indians don’t celebrate the day. So, here is the story.

When I was in Seattle, the USA, in 2015 that year was the first time I came to know about Halloween. There people celebrate this day with a lot of fun and frolic.

I saw people decorating their houses in Halloween themed, stores like QFC, Walmart and Fred Meyer are filled with Halloween masks, candies, house décor items and costumes. Even there is a Halloween sale that goes around the various stores. It was a thrill and joy to see how people celebrate this day each year.

Even a friend of mine hosted Halloween party at their home, where we wore a mask and had a small gathering, and later at night, we all watched two back to back horror movies on Netflix for Halloween.

By the end of 2018, I came back to India, and for the first time, I felt no one here really talks about Halloween. Few people have the knowledge of what Halloween is how this beautiful day should be celebrated.

I know Halloween isn’t for us, but also now we do celebrate Christmas as well, right? So, if not much but you can enjoy the day by inviting friends at home or just by watching Halloween movies.

Now, everyone doesn’t have Netflix or Amazon Prime to enjoy Halloween special movies. Instead, you can enjoy watching Indian horror movies on Halloween, which I am sure you will get plenty.

Here, I have compiled for you a list of best Indian horror movies to watch in 2020.

Rajkumar Rao and Shraddha Kapoor starring ‘Stree’ is an Indian horror comedy film that got released the last year 2018. The film did exceptionally well in the box office with an earning of almost 200 crores.

It is a story based on the Indian folk tale about a female spirit who kidnaps men of a village at night when they are alone and leaves their clothes behind. The entire men of the village live in fear and don’t go out alone at night.

Vicky (Rajkumar Rao) is a ladies tailor, who is in love with a mysterious woman (Shraddha Kapoor). But his friends tell him that she is a spirit because she only appears during the Durga puja season and performs black magic.

The rest of the story tells how the spirit goes away, sparing all the men of the village who were once kidnap.

A fantastic movie that is filled with laughter and spooky scenes as well. Also, both are streaming on Hotstar and Netflix now.

Tumbbad is a 2018 historical period horror film that has gained many accolades and recognitions for its unique content and setting.

The story follows about Vinayak Rao, played by Sohum Shah, who searches for a hidden treasure in the British Indian village named Tumbbad, located somewhere in Maharashtra.

The exceptional script has been written by a Marathi writer Narayan Dharap. Kudos to his writing and coming up with such an incredible story.

The movie was screened at various prestigious film festivals, and not only this, it has also received awards for the Best Art Direction and Best Sound Design category.

The movie is visually pleasing, and it will take you to a world of folklore with a gothic background. After years, it’s a pleasure to watch an Indian horror film which is perfect in every angle.

Thus, one of the best Indian horror movies to watch on Halloween.

Telegu actress Revathi played the lead role of Manisha, she along with her parents and nephew moved into a house that is allegedly haunted. Horrific events started to happen as days are passing by.

Soon, she got possessed by the evil demonic spirit. It is a classic cult horror film of Indian cinema, and you will get the full movie available on Youtube.

I am sure you have heard or watched the 1989 horror film ‘Purani Haveli’ directed by Ramsey Brothers. A movie with a blend of horror, humor, and vintage setting. I do remember when this film often used to come to the channel ‘Zee cinema.’

Although the horror scenes are not realistic neither did they invoke the genuine fear but still an old horror movie of the early 90s’ that will be fun to watch on Halloween.

The story begins with a family buying a new home in the suburbs of Mumbai, where the undead ghosts torment their family.

First, they keep killing one by one; only Jhilmil (Sushmita Sen) survived with her little son, but it seems the undead ghosts find Jhilmil’s son as their vessel.

You can watch this Indian horror film on Youtube too.

Vikram Bhatt directorial 2008 horror film ‘1920’ story is revolving around a married couple living in a mansion that is haunted in the year 1920.

The movie is actually scary and has some scenes that are creepy and terrifying. It was commercially a successful film and can be watched on Halloween night with family and friends.

Yet another horror film, which is the third installment in the 1920 horror film series.

The story follows the life of Shivangi, a princess of Rajasthan who now lives in London with her husband. They are living a happy married life until one day, her husband develops a weird illness where his body begins to distort unnaturally.

His condition worsens, which scares Shivangi. Then, the movie shifts to Rajasthan where she visited Jai (Sharman Joshi), who attempted some black magic by a mirror.

Not so good storyline, but the movie had a horror setting and could make your Halloween night better in India.

Pizza is a remake of the 2012 Tamil horror film, which tells the story of a pizza delivery boy Kunal (Akshay Oberoi), who lives with his wife, is an aspiring novelist and researching for a horror story. While delivering to a customer, he had a terrible experience with supernatural activities.

He tells his manager that he witnessed ghosts of a little girl, which was apparently a story make up to make his boss believe him with a box of diamonds.

Soon, Kunal plans to leave with his wife aboard, but he wants to deliver a pizza for the last time. He gets a call where he went to deliver pizza to the customer, and exactly the same thing happened with him that he narrated to his restaurant manager.

Well, I happen to tell almost the entire story, but I bet the movie has some scary scenes that are enough to make you feel frightening.

Bhool Bhulaiya is the official remake of the Malayalam film Manichitrathazhu.

It is a horror-comedy genre of the film starring Akshay Kumar, Vidya Balan, Shiney Ahuja, Paresh Rawal in the lead along with many other supporting actors. Bhool Bhulaiya was a huge commercial success in the box office.

The movie tells about the character Avni who is the wife of Siddharth, both returned to their native place and residing in a mansion that is haunted for years. But the spirits are being captured on the third floor of the palace using tantra-mantra.

Avni, interested in exploring the mansion, unknowingly opens the door of the third floor and trapped subconsciously in the painful stories of ‘Manjulika.’

Unnatural events started happening inside the mansion when Siddharth calls his psychiatrist friend Aditya (Akshay Kumar) from the USA.  The story continues with the psychological disease that Avni went through and how Dr. Aditya treats her.

Bhool Bhulaiya is still a pleasurable and entertaining movie to watch besides the thriller element, it has a lot of comic and humor component present in the film too.

So, definitely, this one of the best Indian horror movies to watch on Halloween.

Raaz is a horror film directed by Vikram Bhatt and stars Bipasha Basu and Dino Morea in the lead. They are a couple who have moved to Ooty for a short period to start fresh as their marriage was going through a rough phase.

But Sanjana (Bipasha Basu) soon feeling weird vibes in their new home, and a ghost starts haunting their house. She tries to find out what the spirit wants from her, and she found an unexpected answer where her husband has a link with the ghostly events.

The movie was a super hit and earned several awards for its music. The two best things about the movie are its music and script that has magnificently held the audience together and made it a commercial successful Indian horror film.

So, the above 10 movies are the best Indian horror movies to watch on 2020.

Halloween is just 2 days away from today so, celebrate the day with friends and family. You can also watch the best Halloween TV series on Netflix if you have already watched all the above movies and want something new to watch. 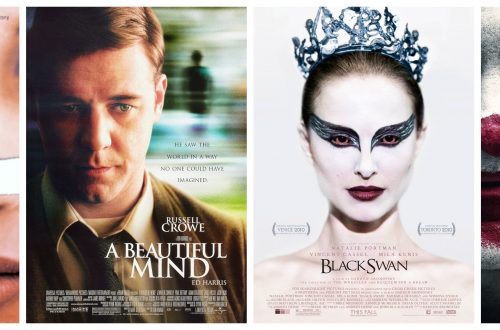 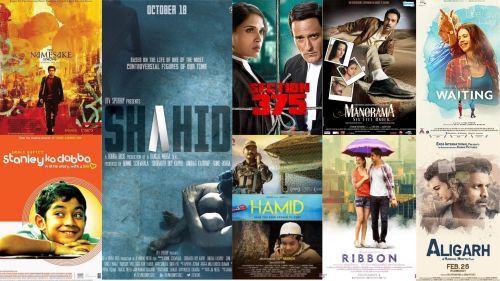