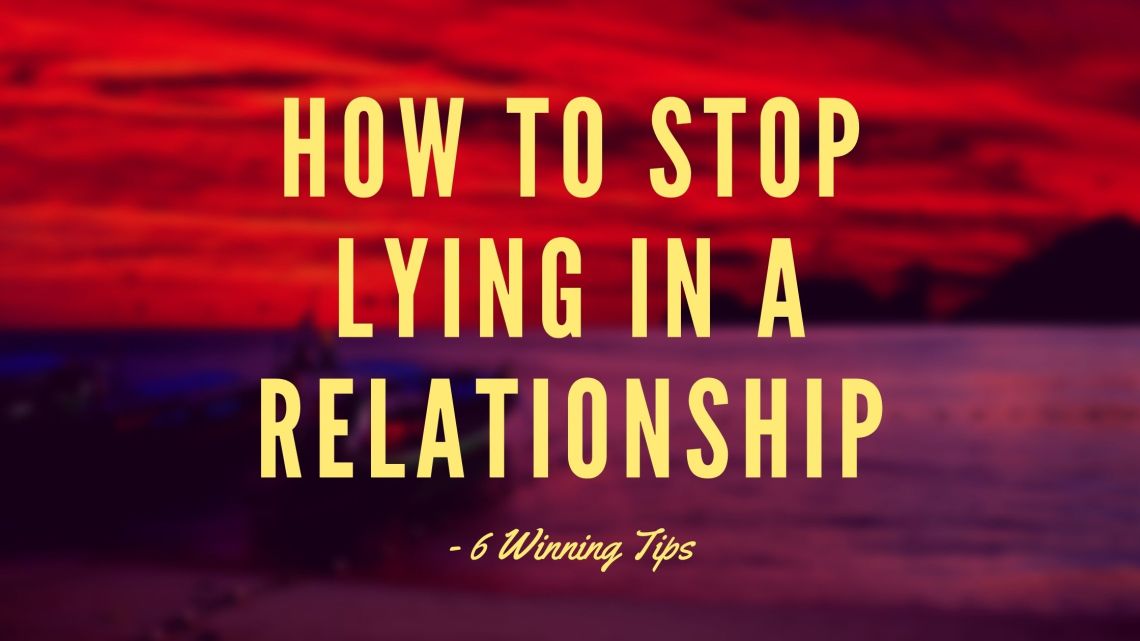 The word ‘Lying’ is always a very difficult one to deal with in a relationship. We all lie to protect ourselves sometimes. No matter if your relationship is successful, still there are times when you have lied to each other.

However, lying in a relationship is not good for the trust and respect. But knowingly or unknowingly, we do lie and we should know when and how to stop without letting it harm the relationship.

Contents hide
Why do people lie in a relationship?
They Feel Ashamed
They Don’t Want to Hurt the Feelings of their Partner
Lying is a Habit
They Don’t Want to be Judged
They Think Lying an Easy Way Out
How to Stop Lying in a Relationship – 6 Ways
Identify the Reason Why Do You Lie
Put Your Relationship First
Think About Your Moral Principles
Practice Telling the Truth
Understand the Consequences of Lying
If You Fail, Seek Help
conclusion:
Share this:
Like this:
Related

Why do people lie in a relationship?

Relationship can be complicated, and it’s not always the case what or how we think. Uncertainties can take place. People often lie to their partner for different reasons.

The lying usually stems from a desire to protect the one whom you love from getting hurt. And sometimes people lie out of habit.

Here, I could give a couple of reasons based on my understanding of why do people lie to their partner while being in a relationship.

When people lie in a relationship, it is because they feel ashamed of themselves to tell the truth. They fear what if they tell the truth to their partner, they will be judged and lost the respect. They don’t want to face the embarrassment in front of their partner.

They Don’t Want to Hurt the Feelings of their Partner

Lying has an emotional effect on the relationship. People usually lie to avoid hurting their partner’s feelings. They want to avoid the relationship conflict and the fight. They think lying might help control the situation.

For example, you met your ex-girlfriend accidentally, and you avoided telling your wife about it because she doesn’t like her. You know that telling her won’t make much difference, but it might upset her. Thus, you thought of lying.

Sometimes you feel while being in a relationship, a lie is more comforting than the harsh truth. Even I have lied several times in my marriage to protect my husband from getting hurt. However, they were mostly negligible to care.

Lying is a Habit

Well, it’s never okay to lie, no matter how small the lie is. But we do lie every time. If you are making lying a habit, it can get you into trouble in your relationship. It will hurt your partner and the foundation of your relationship will be broken.

Lying breaks the trust easily and it gets difficult to rebuild trust in a relationship.

The more you lie, the better you will become in coming up with stories and stick to it. Your brain will start associating lying with pleasure.

They Don’t Want to be Judged

The next reason for why do people lie in a relationship is they don’t want to be judged by their partner. They may want to cover up their mistakes, avoid conflicts and arguments. They lie if they sense the truth will ruin the peace that their relationship has.

They certainly don’t want to be judged, and maybe that’s also what they are insecure about.

They Think Lying an Easy Way Out

Lying is never an easy way out of trouble, but this is what people perceive. It may solve an issue for a time being, but eventually it will have a long-lasting impact on one’s life.

Thus, these are predominantly the reasons why we lie in our relationship. However, some find it difficult to stop themselves from lying. The next part of the article is for them.

If you are that person who can’t stop from lying to your partner, then it is time to evaluate yourself.

How to Stop Lying in a Relationship – 6 Ways

Identify the Reason Why Do You Lie

You can stop lying in a relationship, to do that you need to identify the reason behind your lying. There could be several reasons. Reasons that we have already discussed above.

You lie that doesn’t make you a bad person, you must have your reasons. Some lie because they are insecure, fear of being judged, and so on.

When you are in a committed relationship, lying is a bad thing, as it is a big chunk of obstruction in building your relationship better.

Whatever the reason could be for your lying, once you understand them, it’s time to take control.

If you are serious about your relationship and you don’t want to mess it up, certainly you have to look for ways to stop lying in a relationship.

You might think minor lies won’t affect your relationship, but you will continue lying to cover up the previous lie. Telling a lie involves creating a false belief. You will have to keep up the act of pretending to make your significant other believe.

The more you want to protect your relationship, your lies will continue to dishonour the relationship and your partner.

If you want to stop the habit or desire of lying, think of your beautiful relationship. Look at your partner before you tell a lie.

If you are scared of telling the truth, thinking it might ruin the harmonious relationship, have faith in your partner.

Have the courage of telling truth. Sometimes telling truth can be a daunting task, but it will be worth in the end.

Think About Your Moral Principles

We all know that lying is a dishonest act. To stop lying to your partner, think about your moral values. Moral values keep us grounded and it govern our ethical behaviour. Moral principles guide us through difficult situations when we cannot take the right decisions.

When in a relationship, there are a lot of things that we want to do. We want to be a better person for our loved one. We want to direct our life and enlighten with positive energy.

Lying certainly doesn’t provide us with that security. Let your moral values and principles help you stop lying from your partner.

With practice, you can achieve anything. Believe in yourself and your inner strength to tell the truth to your partner.

Be honest and be ‘you’ while being in a relationship.

Whenever you are in a situation where you desire to lie to control the circumstances, skip that thinking instead tell what’s true. Let your partner decide how they will react.

Understand the Consequences of Lying

If you are constantly lying, it certainly won’t last long. Your lying will lead to cause permanent damage in your relationship.

What could be the consequences of lying?

You are breaking the trust of the person who you love. Trust which is the fundamental of a healthy relationship.

By lying, you are disrespecting your relationship. By lying to yourself as well as your partner, you are breaking the emotional connection. You are building a relationship based on a web of lies.

Finally, you are killing your relationship.

If you don’t want all these, stop lying immediately. Whatever the truth is, speak.

Often people lie to hide their mistakes. For how long can you hide? Eventually, it will get disclosed by any source. The sooner the truth will come out, the better chances you will have to reconcile.

If You Fail, Seek Help

Even after doing all the above, you are still struggling to stop lying or feeling out of control. Consider taking help from a professional. Consider talking to a therapist if your lying is causing a negative impact on your relationship.

Take your partner into consideration. Let them know what you are facing or struggling. Sometimes your spouse or loved one can help you better.

Open yourself up to any possibilities of getting better.

Lying is always a poor signal for a relationship. It is a sign of mistrust and disrespect. Relationship never grow strong if there is dishonesty and lying signifies the downfall of your relationship.

Thus, start learning and trying to stop lying for good. 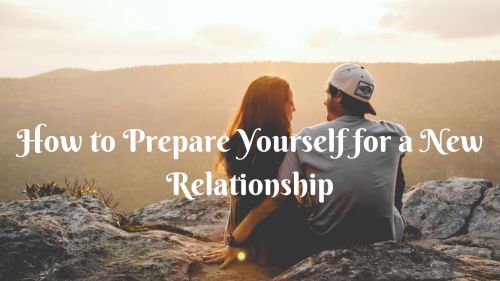 How to Prepare Yourself for A New Relationship 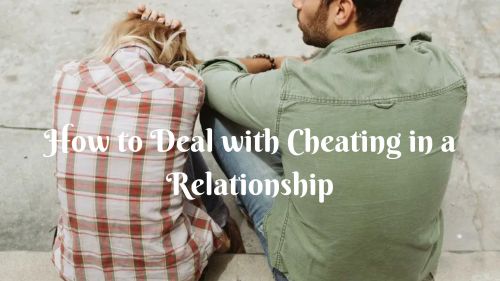 8 Best Ways to Deal with Cheating in a Relationship (Updated) 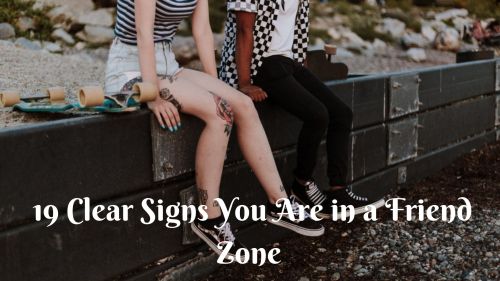 19 Clear Signs You are in a Friend Zone