I admit I am not a big fan of action movies, but my husband loves watching great action films. He helped me in compiling the list of best action movies on Netflix India that any action movie fan based can watch.

It’s been months now that we all are living a quite monotonous life staying indoors due to the current pandemic situation. A good action film does cut the mundaneness for few hours.

Since we all have streaming platforms now, you can find a great many action movies.

In this blog post, I have picked 20 good action movies on Netflix 2020 to watch right now(credit goes to my husband).

The story follows a mercenary who accepts a mission of saving a boy who got kidnapped and taken to Dhaka and is the son of a drug lord who is in prison.

Chris Hemsworth throws himself into the chaotic drug land of Dhaka, where he is seen fighting terrific with weapons to save the boy.

Also, the film became the most-watched Netflix original film in 2020 so far.

Christopher Nolan’s science fiction action film ‘inception’ remains one of the best action movies of all time. The story follows Leonardo DiCaprio as a professional thief whose job is to steal high profile information by infiltration into the mind of the target.

The concept that Nolan has used in the film that is hard to understand and ignore its brilliance. The film won four Academy Awards for Best Cinematography, Best Sound Editing, Best Sound Mixing, and Best Visual Effects.

It is a complete mind-twisting and incredible action film that will lift your mood.

The actor plays the character of a stunt driver who gets involves in a heist that endangers everyone’s lives, hence a lot of action to see onscreen.

The film was praised for its direction, action sequences, and performances. Ryan Gosling drives’ the entire film with his charismatic performance and will let you drive with him along the road.

When I watched Quentin Tarantino’s ‘Inglorious Bastards’ for the first time, I was in awe with the screenplay, direction, and performance of the film.

The story follows a historical story of two plots on the assassination of Nazi Germany’s leadership. One assassination lead by a young Jewish cinema proprietor and the other by a team of Jewish American soldiers.

The movie is a masterpiece of great filmmaking and direction. The incredible performance of Christopher Waltz has, in a way, makes the film so desirable even today.

The movie is bloody, hilarious, and extremely thrilling to watch the well-plotted action assassination scenes. Also, it has an IMDB rating of 8.3 which is incredible.

They plan the heist and set up on their journey but ends up experiencing a bad phase and losing life. The plot has twists, and some high stakes gunfights make it interesting to watch.

Triple Frontier is one of the best action movies on Netflix 2020 to watch.

The story explores the black American wartime experience; the plot focuses on four black Vietnam veterans back on the battleground.

There is emotion, truth, a tale of brotherhood in the story, along with some action sequences on the battlefield.

The movie heavily follows the representation of black people in the wars from a white person’s perspective.

If you are someone who loves to watch an action film that is based on a good story, then I would recommend you ‘Da 5 Blood’.

The Night Comes for You

If you are a fan of the action film ‘The Raid,’ Timo Tjahjanto’s ‘The Night Comes for You’ is exactly for you to watch.

This Netflix action flick movie is a combination of bloody and brutal combat where the story is rooted in a criminal who is looking for a little respite.

If you are a die-hard fan of extraordinary fight sequences only, I can assure you; there is no shortage of that. All the combat scenes in the film are breathless and will keep you hooked with the film.

Ridley Scott’s ‘Body of Lies’ that stars Leonardo DiCaprio, Russell Crowe in the lead roles, set in the Middle East, is a story that depicts the conflict between the Western and the Arab societies.

Leonardo plays a CIA who is tracking a terrorist named Al-Saleem, and the story follows his journey to capture him. It is a great film and indeed one of the best of all time.

Is it a good one for action movie lovers?

Obviously, along with great performances, thrilling screenplay, outstanding direction, some scenes have fight sequences. Of course, it isn’t a core action movie, but it has the right amount of action sequences to make the film a complete brilliant.

If you love action movies, you can’t say no to the 1999 science fiction action film ‘The Matrix.’ The entire Matrix franchise starring Keanu Reeves in the lead has some amazing fight sequences that are eye-pleasing.

The story follows a dystopian future in which humanity is trapped inside the Matrix; the story is complex but engaging enough to watch. It is Keanu Reeves’s best film in his career and won four Academy Awards.

It is also considered one of the best science fiction films, and it continued to grow its franchise films. By far, I feel ‘The Matrix’ is the best action movies of all time.

The historical action drama film ‘Outlaw King’ is about Robert the Bruce, the Scottish king who started a war against the English army.

The film is bold and portrays a brave mirror of 14th century King who rebelled and raised an army to fight the Englishmen.

Chris Pine plays a watchable character that fights with swords along with a hundred other men. The film has some outstanding ancient fighting sequences in the battlefield.

It’s a good action movie on Netflix 2020 to watch.

‘Django Unchained’ is yet another Quentin Tarantino classic movie that exhibits back in the time to America’s era of slavery. It’s a highly stylized, decorative film, and Tarantino’s one of the highest-grossing movies.

The movie won several prestigious awards, and there’s a lot of cool fight sequences, and it has an amazing screenplay too.

I would love to watch ‘Django Unchained’ at any time of the day. It’s indeed a great movie, and you will love it if you haven’t yet watched it.

The story follows the journey of a martial artist, Frank Dux. It is a cult film that will always remain a favorite for all the action movie lovers.

Even after years of watching Jean Claude’s ultimate kicking martial art skill, it is incredible to watch. So, how about enjoy watching a classic action movie than a contemporary one.

‘Breaking Bad’ ruled being one of the best crime thriller TV series for years. In 2019, El Camino’ A Breaking Bad movie’ got released on Netflix that served as a sequel to the epic series.

The story follows Jesse Pinkman’s escape from the cling of the Brotherhood compound and his desire to make amends for his past wrongdoings.

The entire movie revolves around the character Jesse and his redemption after escaping the miseries of his life. Aron Paul’s compelling performance justified the end of the story.

Is this film an ideal fit for an action movie?

To some extent, yes, a greater part of the film is sensitive and emotional, but there are a few fight scenes.

Gerad Butler and Morgan Freeman’s starring film ‘London Has Fallen’ is an American action drama film that is also a sequel to the 2013 film ‘Olympus Has Fallen.’

The story follows an assassination plot of the world leaders when they attend the British Prime Minister’s funeral in London.

Gerad Butler played the character of a Secret Service agent Mike Banning who does everything in his power to protect the US President from getting killed.

The entire movie is packed with action scenes, bombing, and gunfights between the protagonists and the antagonists.

The Fallen franchise came with yet another film, ‘Angel Has Fallen,’ in 2019.

Among all the films, I feel Mission Impossible Fallout has the best hard-hitting action scenes. Some scenes are more than satisfying to watch.

Tom Cruise’s performance in the Mission Impossible franchise films is evolving, and his character is adding more juice that entertains us thoroughly.

When a big bad guy of a Big Pharma company learns about their existence, he wants to run tests on them and tries to weaponize their ability. Also, Andy and her fellow immortal warriors saved a newly discovered Marine.

From an action perspective, Charlize Theron has nailed through her performance. The action sequences are clean, sharp and the hand to hand fight sequences have a great variation.

The two detectives whose sole duty is to protect a witness while investigating a high-profile case. The audience loves the duo of Marcus and Mike, so there is a couple of sequel to this film.

Bad Boys is least known for being a good movie, but if you are looking for an action film, it is for you.

2008’s ‘IP Man’ is a truly excellent movie loosely based on the biographical story of the legendary grandmaster of Wing Chung. It is a semi-historical film with great martial arts action sequences that are original and classic. This film is for the martial arts fan-based.

Through this film, you can watch one of the best living martial artists, that delivered not only action but a commanding performance.

‘6 Underground’ is yet another Netflix original action movie directed by Michael Bay.

Hollywood popular star Ryan Reynolds leads a team of vigilantes who fakes their death so that they can operate a mission to take down the terrorist and criminals.

The plot of the film isn’t that compelling enough to watch, but it has some great action sequences that won’t bore you surely.

Netflix brought an action drama film ‘Spencer Confidential’ starring Mark Wahlberg on the lead who is a former cop and spend his time in the prison for beating up his boss.

He is an impulsive and hothead character, but now out of prison, he wants to end the police corruption of his department that threatened him again.

Yes, I know you want super cool action scenes, and you will get that in ample in this film.

These are my recommendation for you for the good action movies on Netflix to watch. There are plenty more, but I feel these are the best on Netflix India. 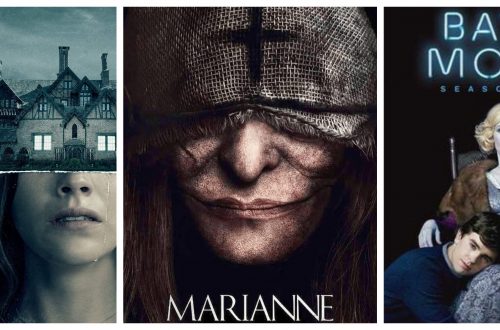 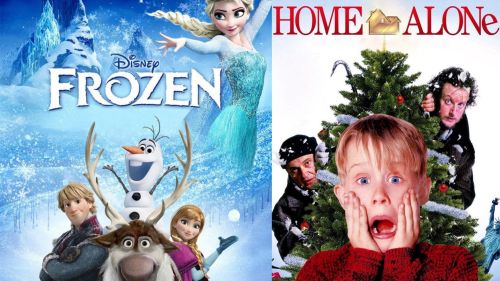