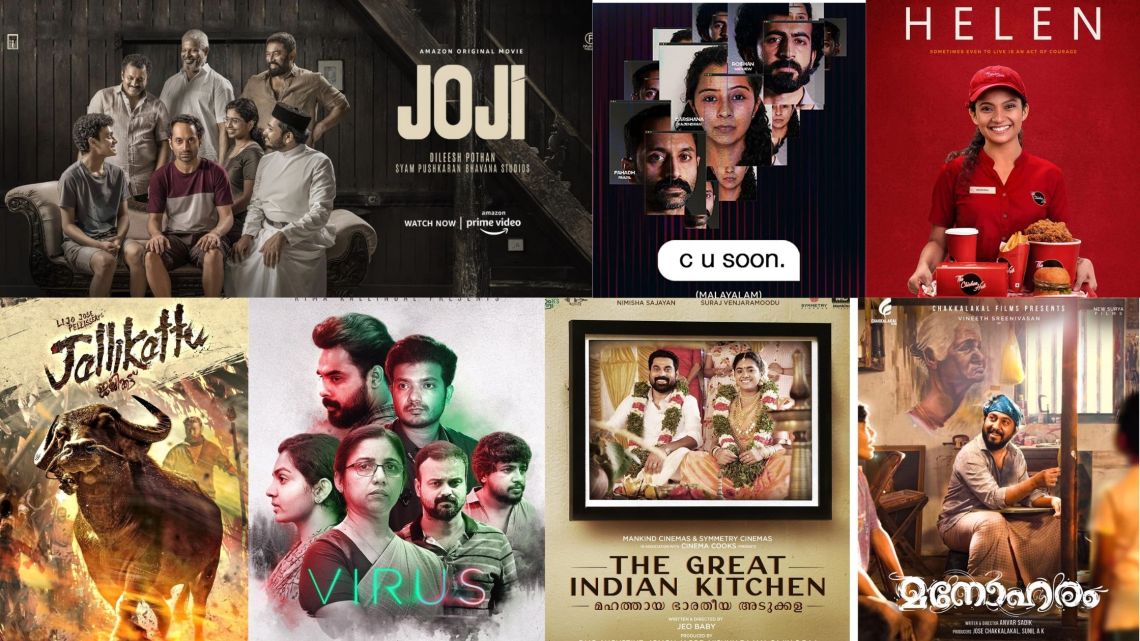 Malayalam movies are among the most popular language movies on Amazon Prime Videos, India. In recent times, they have increases its library of South Indian movies. Not only Malayalam but also Tamil movies and Telegu.

With subtitles, it has become easier watching and understanding the movies. While Netflix is still behind when it comes to regional content, but Prime India has taken it to a whole new level.

Not only in terms of numbers but in quality Malayalam movies are doing much better and grabbing audience’s attention.

If you are a little inclined towards watching Malayalam movies, I could save your time by providing you with top movies to watch on Prime Videos India.

For the past two years, I have been enjoying watching Malayalam movies and can suggest pretty well which one to watch and which one to skip.

Amazon Prime Videos has a vast collection of Malayalam movies, I won’t recommend all definitely. I have picked a few movies that have a great storyline, and performance.

I watched this lovely movie a few months ago during my pregnancy days and I fell in love with the Malayalam cinema. The movie is so rustic; I found a genuineness in the music; the storyline is lovely. Four brothers, each represent a generation and their progressive thoughts.

There is love, brotherhood, sibling fight, the beauty of Kerala, and the deep-rooted realities of life. I loved the magnificent performance of Fahadh. His unpredictable character flaw is worth watching.

I recommend this movie only because of its storyline and performance.

The story starts in Kozhikode medical college when the Nipah virus spread in Kerala. The movie is based on its first outbreak and how it got affected by the community. Soon patients in the hospital start are showing symptoms. The movie is scripted good overall. I love watching the performances of Parvathy Thiruvothu.

Definitely a worth watching movie.

The Malayalam movie was India’s first official entry for 93rd Academy Awards for the category of Best International Film. However, it failed to make an impression.

Director Lijo Jose’s Jallikattu is a dark symbolic tale of an Indian village trying to capture a raging bull. The story symbolizes a fight between masculinity vs wild. The raging bull signifies the result of the violence in the society.

The movie has several layers of meaning, and everyone could give a different interpretation based on their understanding.

The movie is insanely beautiful yet raw, and it gives every reason to be the top Malayalam movies on Amazon Prime.

2021 one of the must watch Malayalam movie ‘The Great Indian Kitchen’ has created quite a buzz after its release. The movie is the mirror of the typical domestic society.

I can’t remember when I watch such a poignant movie based on patriarchy in recent years. It is brilliantly crafted, showing dominance of male over women inside the kitchen.

The acting and the direction is superb and very gripping. The movie start on a sweet note and gradually will take you inside the four walls of a house. Few scenes are shot in such a manner that you can feel the frustration and desperation of the character. It feels so realistic.

It is the story of every middle-class kitchen.

This is yet another movie why I kept exploring more Malayalam movies.

Fahadh Faasil is among the best actors of this generation. I have never heard of his name neither watched any of his earlier films. Movies like Joji, Trance, Malik have made me watch more movies of his.

He is outstanding in delivering any kind of role. The movie surrounds a dysfunctional family of brothers. Differences emerged once their father is dead.

I didn’t find the movie’s plot unpredictable. What I found unpredictable and intoxicating is the character of Joji. His movements, his thought pattern and his mind work differently.

The movie has proven that to make an excellent film you don’t need extravagance, the basic should be at excellence.

The movie has nothing extra to offer to its audience. There is no distraction, only a simple with great performance and direction.

If you are looking for a family-friendly movie that has no crime, action and dark theme movie, Amazon Prime has one of the best Malayalam movie ‘Home’ for you.

It is a pleasure to watch this movie, absolutely incredible storyline, neat performance and subtle direction.

As the title of the movie suggests ‘Home,’ the storyline surrounds a family. The movie is about relationship, love, father-son bonding, brotherhood, identity, failure, generation, learning from the mistakes and so on.

The story feels so relatable. Things that we have faced or have done with our parents too at some point in our life.

I loved the concept of the film that is so sublime. I am surprised why Bollywood can’t make such films.

Veyilmarangal (Trees Under the Sun)

With a stunning cinematography, superb acting, perfect direction and a powerful social undercurrent, the movie tells the story of a Dalit family and struggles. The director hasn’t attempted to make this film anything from a commercial perspective. There is calmness and stoic portrayal of the class of Indian Dalit who are still living the life in a pathetic condition.

For me, more than the story I would admire the direction and the acting that the actors have performed with such maturity and dignity. I wouldn’t say the story is something extraordinary as we have seen several amazing Indian cinemas on class and caste system.

But if you are looking for some best Malayalam language movie which this article is about, I would suggest this film to you.

Though the movie got a rating of only 6.5 in IMDB but I will recommend only because of the storyline.

The movie is a take on the story of a struggling associate director who dreams of directing a movie. She is a confident young woman who knows what she wants in her life.

The movie talks about a controversial aspect of women’s life. How the society projects a woman when she doesn’t want a baby instead prioritizes her career over family.

Is it wrong? Who decide that?

The movie is beautifully crafted and loved the performance of Anna Ben like Sara.

I stumbled upon this lovely and inspiring movie on Amazon Prime a few weeks ago.

A simple movie told straight from the heart. An artist who got lost amidst the advent of digital transformations. Can he thrive back in his life? Can he find the path to survive?

The slice of drama feels real. How digital transformation has shaped several lives whereas has also ruined many businesses.

Watch this Malayalam movie, you won’t regret it.

Yet another amazing work of Fahadh Faasil. I love the fact Malayalam movies give more importance to the originality of the story and are so welcoming to fresh ideas.

‘Trance’ is a psychological thriller where the lead role plays two distinct characters, Viju as a struggling motivational speaker and Pastor Joshua Carlton, the miracle man who influences the mass with his preaching.

Watch the movie only for the top-notch performance of Fahadh Faasil. Indeed, one of the best Malayalam movies on Amazon Prime to watch.

I love watching survival movies. There are a few that are my favourite, many are available on Netflix itself.

Malayalam movie ‘Helen’ is different. The plot is nothing complex, has a neat storyline and touches a beautiful father-daughter relationship.

Usually, movies like surviving in the mountains, wilderness, or water are familiar. There are several movies like them that we have watched.

‘Helen’ shows how the protagonist survived inside the freezer for 5 hours. Anna Ben has given a poignant performance in the film.

If you are looking for a heart-warming movie to watch, I would suggest you to watch ‘Ambili.’ It is a story of a misfit in the society. The movie will make you emotional indeed, but it has several pleasant moments to share with the audience.

The watch ‘C U Soon’ during the lockdown and it blew my mind because of its level of perfection. The movie looked experimental with the visual cinematography.

It explores the narrative of two individuals, Jimmy and Anu, who get to know each other through an online platform. As they fell in love, the story takes an unexpected, mysterious turn.

Once again, the performance of Fahadh Faasil has proven that he can act anything and under any circumstances.

It has a thrilling element of ‘what’s happening around.’ The movie was made during the lockdown and it maintained the ‘social distancing rule.’ They conveyed the entire story in a brilliant, conceptual way.

Do watch it if you haven’t yet.

Malik is a political crime thriller movie and follows a non-linear narrative.

I wouldn’t say the storyline is unique, but the movie is worthy of watch because Fahadh Faasil. He is so comfortable in front of the camera. Watching him act on-screen feels so natural and effortless.

I am guessing you have watched ‘Drishyam’ if no watch it first before start watching the second part.

Drishyam 2 is the sequel, and the story starts after six years. The investigation is going on secretly. Georgekutty is protecting his family by planning five steps ahead.

The first part was more interesting and thrilling to watch. The second part completes the story in a better way. There was a buzz around the movie, but I feel it is a onetime watch.

They believe in their story, welcome new ideas, innovation and their prime focus is always story and direction.

The story is about a son, an ageing father and their bonding. It’s different. There is comedy, love, drama and the beautiful village life. 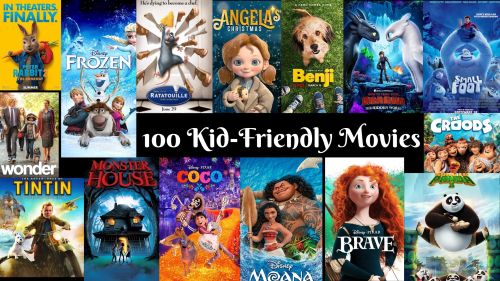 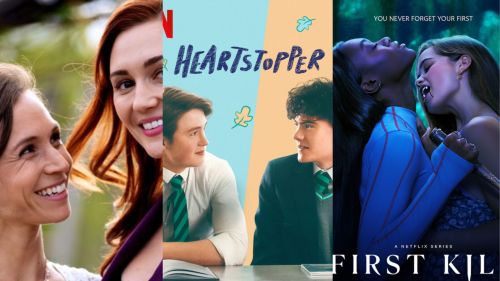